Statement of purpose: The mission of the Paradigm Predator Project is to provide an open-access platform for marine scientists to address ecological questions in an environmentally-conscious manner. We promote a paradigm shift in research by proposing sailing as an alternative to powered vessel use while conducting science at sea. To do so, we offer the sailing vessel Paradigm (Figure 1) as a resource to any accredited agency, organization, or individual who demonstrates both research capabilities and sufficient need. 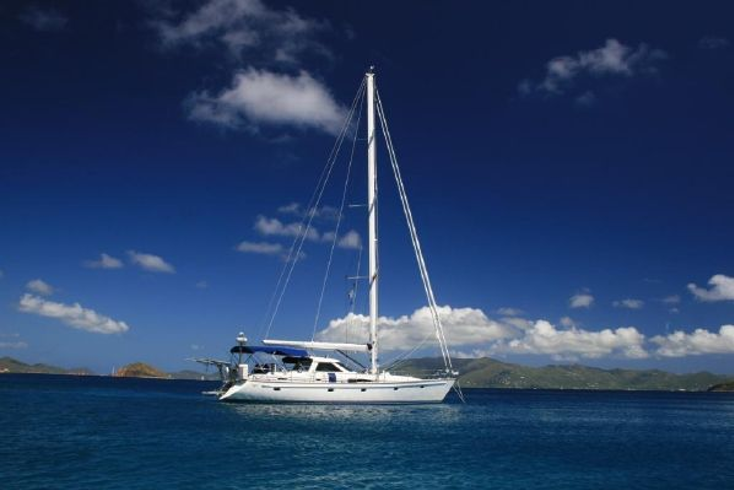 Project partners: The Paradigm Predator Project is comprised of project partners from University of California, Davis and the Wright Brothers, Inc., a leader in biosciences, research, and industrial gas services (Cincinnati, OH). Any project proposal that requests use of Paradigm will be evaluated by Alexandra McInturf(UC Davis) and Charlie Wright (Wright Brothers, Inc.).

Research vessel capabilities: Paradigm offers numerous resources for researchers with a high degree of working comfort. It is entirely electric powered with its own generator. Two fuel tanks allow the vessel to operate using the motor for up to one week, if conditions prohibit sailing. At 55 feet in length, Paradigm has the capacity to host up to eight overnight residents, with space to accommodate up to eleven researchers (plus the captain) during day sails. Below deck are a galley, two heads, and three cabins, as well as a common space and navigation station with a computer. All rooms are temperature- and humidity-controlled with electric lighting. The heads are also electric, and the showers heated. In addition, Paradigm hosts a heated cuddy on the deck, which protects against any harsh conditions encountered by those onboard.Observations could be conducted either on deck (including at the bow), up the mast if needed, or through the hard windows in the cuddy. Cameras could also be mounted on the mast and adjusted remotely for projects that require distance sampling (see “Sample research methods” below). At the stern of the ship, a ladder extends down to a storage unit known as the garage. This space contains a dive compressor and space for dive tanks and other equipment. An easily accessible RIB (11 ft) with an outboard motor hangs off the back of the stern, with the alternative option of a larger RIB (15 ft) that can be towed. Perhaps most significantly, the Paradigm Predator Project will offer use of a captain for all research needs (although researchers may be asked to assist in adjusting the sails using the electric winch system on board). 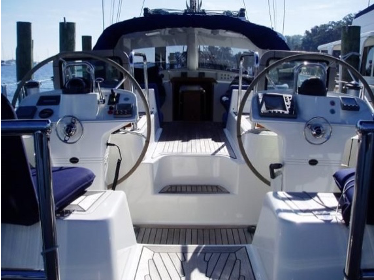 Figure 2a. The view from the helm of Paradigm. 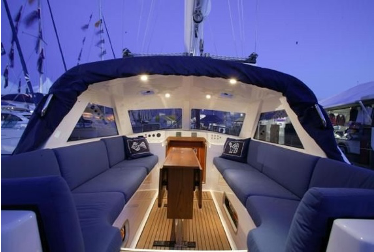 Figure 2b. The heated cuddy on deck. 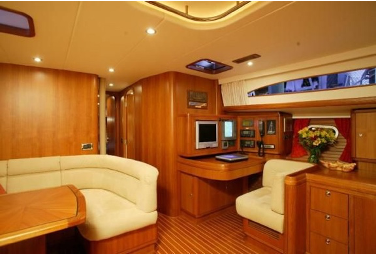 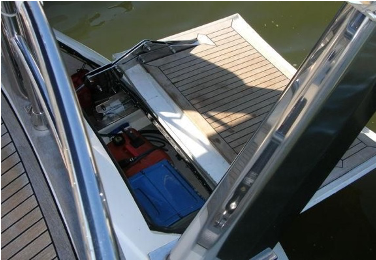 Figure 2d. The storage area found at the stern of the ship, known as the garage. 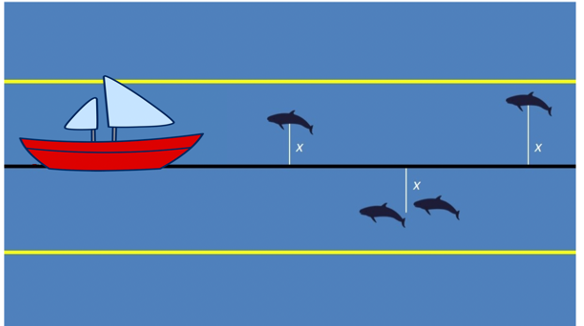 Figure 3. A schematic of line-transect sampling showing a ship on a transect (black line)in part of a study area. When an animal sighting is made, perpendicular distance is measured from the track line (labeled as x). These values of x from multiple sightings in a strip (yellow lines) indicate that detectability decreases with distance from the track line. However, we can quantify this detectability to estimate density of animals within the strip and use this information to estimate the abundance of animals in the entire study area)(NOAA).

Table 1: A potential list of species to be monitored viasurface and dive surveys in California (sample taken from NOAA’s CaliforniaWildlife Watching Handbook).

Application Procedure: Researchers interested in participating in the Paradigm Predator Project will be asked to submit a proposal outlining the intended use of the ship. This should be received by the project partners at least six months prior to the project start date. Project partners will evaluate the proposals for acceptance based on the following criteria:‍

In addition, applications should include a detailed budget, as researchers will be required to contribute to vessel maintenance costs (i.e. mooring, fuel costs)and cover travel/living costs for resident scientists and any equipment not already onboard. Successful applicants will be expected to submit to the project partners a formal progress report every six months, and a final report at the conclusion of the project. They will also be encouraged to share their results on more widely accessible media platforms.